This article was written 15 years ago in 2005 when I was just 20, so I ask you not to judge the writing too harshly! The text is as it was originally published. 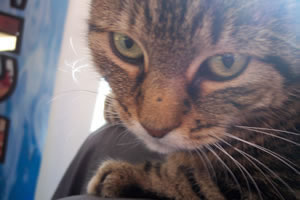 Our final day in NYC was spent frantically scouring the shops and touristy boutiques of Times Square and China Town around Canal St. Due to travel capacity it had been hard to pick up souvenirs beforehand, so we had to rush-buy all the presents - even if we knew exactly what we had wanted to get for a long time before.

A tip off from the guidebook suggested a store called Century 21, which happens to be directly opposite Ground Zero. James and I explored the shoe department first and I picked up a much needed pair of 'sneakers' (whatever they are). We then went into the main store and did the rest of our department store fishing.

I was keen on one particular visit while we were in the city. On the day we had travelled from D.C. I found a Apple Newsletter in my Bulk inbox advertising the new iPod nano. At first glance at the subject line I thought it was a wind up, a promotional thing, but on closer inspection (and a visit to the Apple site) I discovered that this was indeed the replacement to the iPod mini. At first I was very sceptical. Posters appeared on the subway and my first impressions were of a flimsy credit-cardesque design with a pathetically small screen. We went to Apple Store NYC (on the corner of Prince St. & Greene St.). I changed my mind.

This is a truly beautiful piece of design. Once again Apple excel and I find myself strangely drawn to this fantastically tactile object. The screen maybe small, but fits so cleanly into the layout; the ultra-thin layout, that I was overwhelmed.

Another great discovery by total chance was that The Doves were playing a live set upstairs by the Genius Bar at 3pm. Unfortunately this was not compatible with our flightplan/schedule, so I had to just settle for watching them go through pre-show checks. Still cool though.

China town and some late lunch was next. We then had a final stroll through Little Italy before jumping on the subway back to the Malibu Hostel and picking up our bags. We had to walk five blocks to the next 'blue' station, which made for sweaty backs and wasn't pleasant. It was then a straightforward metro ride to JFK.

Straightforward that is except that when the 1 week unlimited metrocard says it will get you to the airport you need to know better, as in fact it gets you to the perimeter of the airport, dumps you, then demands a further five bucks each to take you to the correct terminal (not walking distance). This was a point of annoyance for us as both of us had thought we had been safe to spend our last dollar; even extracting a last twenty to pay for a final souvenir (so incurring the ridiculous ATM charge once more). We put it on card.

And so we flew home. A hour long delay on the runway was illustrated and lightened by the pilot allowing the cabin to listen to the ATC radio on one of the earphone channels. I had always assumed the responsibility of controlling the world's airports fell to serious individuals, but all these illusions were shattered after five minutes of comedy eavesdropping. Something had held the whole runway up and there were planes stacking up everywhere. The controller was issuing messages as different pilots joked (totally dead pan delivery by some - some had to explain that they were only joking) and one participant even started singing about his love for New York. It was all a bit surreal really, but made the wait more bearable. We also had the gift of a fainting passenger, a over melodramatic camp air steward, and were kindly upgraded to the back row of economy for no extra cost (great).

We got in at about 9am, and I 've spent most of the day just chillaxing as flights mess with your head and your timescales. I've met the new cat (Alice) - seems nice enough, and also seen the final Tours4 prints with which I am very pleased. All in all, very good day so far, but I've got a list as long as my arm of things to complete/buy/set up/make contact with in the next couple of days. I'm going to need everything caffeinated.