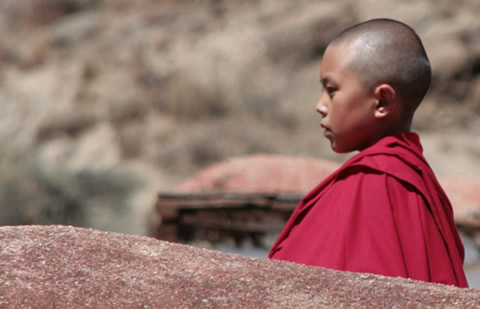 I’ve mentioned this book before, but I was half way through it then, so now I’m at the end I thought I’d pen a review.

I suppose I could have written about the two other books I have read that have a vague connection to the topic/geographics — Palin’s Himalaya and Craig’s Tear’s of Blood. Both are very different reads (one is a travel log and the other is a freedom campaigner’s account of historical events), but neither was really a page-turner.

By the end of both I was finding it a chore to get through another chapter, and maybe with Tears of Blood it was more to do with me trying to enjoy actually being there rather than spending the whole time feeling obliged to read. But the difference between these two books and Heinrich Harrer’s insight into the Shangri-la of 1940s Tibet (but really it could have been set at any time before the Chinese occupation) is that I finally found a book that drew me in.

Harrer does not mince his words. At times I felt that if I had not ‘been there, done that’, that a lot of his reference points would be lost on me. He doesn’t go out of his way to explain unnecessary detail, and his descriptions are not packed with metaphors and flamboyant language. Well it might have been in the original German script, but if so, it’s all been lost in translation.

But despite only having a brief encounter with Tibetan life, this book gave me enough to rekindle my memories and reabsorb myself in what seems like a mythical way of life. It’s hard to believe that for the most part is still very much a real existence in most parts of Tibet.

Harrer’s chequered past is not really addressed at all, and until I looked him up after completing the book I had not been aware his previous involvement with the Nazis. Apparently he never was involved in any thing particularly questionable, and his merits as an Olympic athlete and mountaineer probably should bear more mention, but it was an interesting discovery none the less.

Maybe not knowing so much about the author from the book or before I started was a good thing. The brief context-setting in the first chapter is adequate to set the scene and (like the rest of Harrer’s text) is in complete contrast to the overblown introduction (at least in the 1983 edition I’ve read).

Harrer recounts all events with brevity and plain language that tells the story with clarity and not necessarily beauty. Without accompanying photographs the book lacks somewhat. Not only did photography and videography become a key part of his time with in Lhasa and with the Dalai Lama, it also is needed to really illustrate what Tibet looks like. We have nothing in the West that even compares slightly and although most people know what The Himalaya looks like, Tibetan culture is still a mystery to most.

I hadn’t visited many places that Harrer did on his journey, and the places where our paths did match, he doesn’t give enough away to really explain the place (as I would have). This book is far more event-centric rather than concerned with the details of the towns and vistas, but I don’t think it suffers too much because of this and it makes the whole text an easy read. Even by the end we are none the wiser to the personality of his seven-year travelling companion of Peter Aufschneiter.

I think Seven Years is worth a read, but I think you need to tackle it in context. A map of the Himalayan region to hand and a brief insight into the history of the Dalai Lama & Panchen Lama before you start will help. Don’t worry about being versed on the complications of China’s occupation – before that the history of Tibet was pretty straightforward and quick to pick up on.

For anyone who has been to Tibet or is thinking of going, it’s an essential.

This post was first published on Fri Jun 29 2007 originally on justbeyondthebridge.co.uk, my former personal blog