This article was written 11 years ago in 2009 when I was just 24, so I ask you not to judge the writing too harshly! The text is as it was originally published. 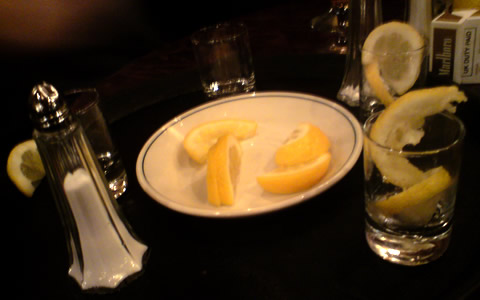 I've been thoroughly booked up the past few days. What with having a bit of a large night out on Friday with George, Will and Gwyz I was on surprisingly good form for Saturday's Multipack, although I did avoid revisiting the beer.

Hosted entirely in Digbeth (just below Brum city proper) we had a really good turn out and I met a good number of new faces. Kudos to Mr Oxton who made a nice comment about me on his blog for the price of a Guinness.

Matt's talk on ARIA was a nice little intro to a wider subject that I had previously known little about, whereas Bruce very neatly illustrated some of the finer points of HTML 5 as it stands and the political wrangling that always threatens with web-specs. Stuart rounded off everything with the most technical part - outlining the best bits of 'new' JavaScript and what we can look forward to from browser support in the future. I suppose it therefore was only fitting that he had co-ordinated with Apple to release the upcoming beta of Safari so soon afterwards... (I also quite surprised myself when I realised I had understood pretty much all of it).

Other things I took away from the day was a brief and sandwich-punctuated discussion about Microformats and Birmingham Social Media with Andy Mabbett; a chance to examine the new and neatly put together studios of One Black Bear; discuss wacky Japanese architecture with Jon Dennis and discover why exactly Tess was brandishing a thick PHP textbook at the last meeting. And of course it was great to see all the usual suspects as well. Photos here.

The only disappointment was that the sun didn't last until Sunday but since then I've seen Raj, Tom and George, caught up on Lost and Flight of The Conchords (of which episode 5 is a cracker) organised go-karting for the weekend and been pleased by what the accountant had to say about the business helping to pay the rent.

Tomorrow I'm doing my annual attendance at the old school, answering questions on web design for kids about to pick their A-Level subjects. The buffet is usually excellent.

I'm also looking forward to the next couple of months. I've organised a trip down to Southampton on business, have a great piece of work coming up which almost makes me envious of myself (if that's possible) and am eagerly awaiting delivery of rare book purchase (for me anyway) - the Typographic Desk Reference. It will nicely prop up the one other proper design book I own.

I think this photo most adequately sums up last Friday.

This post was first published on Wed Feb 25 2009 originally on justbeyondthebridge.co.uk, my former personal blog