On becoming a Product Designer, eventually 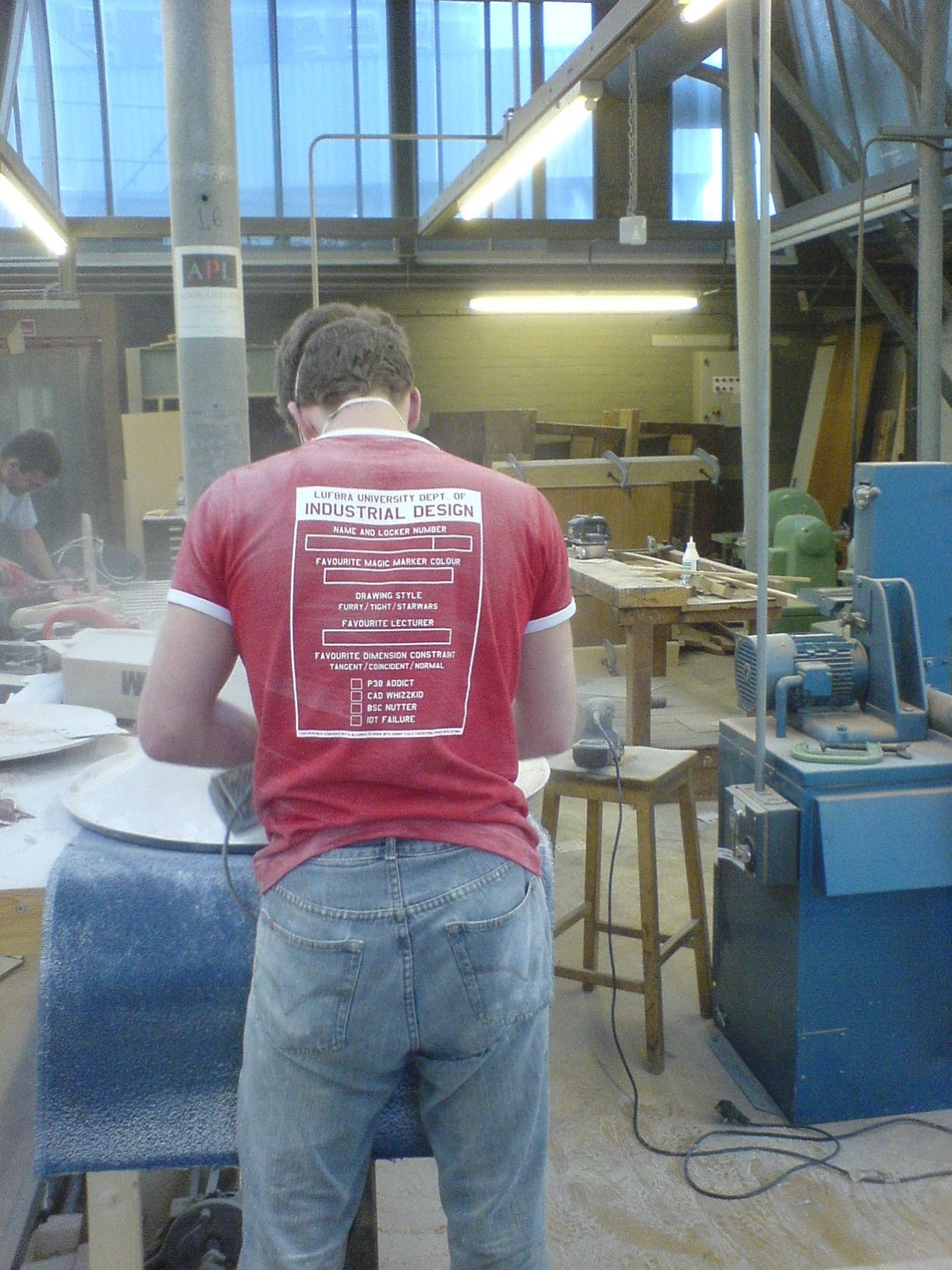 In my experience, most people aged 16 have no idea what they want to do. By my own standards therefore I was probably quite an odd child, because I remember quite vividly that by the middle of my teenage years, I explicitly knew that the only thing I wanted to do was design products.

I selected my A-Levels with this in mind. Design & Technology was the central pillar of my choices, but in order to get the exact combination of subjects I wanted, I persuaded the senior management team at school to let me study in my own time since my choice couldn’t be accommodated inside the normal timetable.

I researched and identified the very best course to study product design in the UK, and then applied solely to that university. This in itself was unusual; all of my friends made fallback provisions, but I don’t ever remember being concerned by this. I achieved the grades I needed and began my degree in Industrial Design & Technology; the design, prototyping and creation of physical objects.

I spent three years studying the subject, and graduated in 2006. The expensive piece of paper which certifies my degree is buried deep inside a box somewhere, where is has remained ever since graduation day.

During that time I started to develop and maintain a pretty critical view of the value that my degree had been able to provide me in the context of the work which I pursued for a decade after.

Throughout my whole time at university I supplemented my student loan doing freelance web design; what was then a very new kind of digital creative work. I happily spent my spare time pursuing this as a pastime; the access to unrestricted high speed internet and a ready-made community of entrepreneurial students needing websites meant I was constantly busy with some fun project or other.

The study of industrial design is a respected discipline, grounded on decades of research and development which allows you, as a qualified industrial designer, to stand upon the shoulders of giants. Industrial design traditionally also requires a discipline to get it absolutely right first time, and so the best of our class were usually perfectionists, mainly because the expense of manufacturing an object en-masse meant you rarely would get more than one shot at creating the tooling, and so ideally you wanted as little iteration as possible.

Web design as a subject seemed to have quite the opposite quality to me. It was all fast and loose creative work, mostly interpreted as art or graphic design, and certainly didn’t seem to constitute the occupation of a professional. The ability to iterate quickly was a huge positive benefit in my eyes. It was super cheap, and the work was often both expendable and ephemeral (especially if your web hosting wasn’t very good).

Most of the degree course leaders were skeptical of the value this hobby of mine - it certainly had nothing to do with the course or any long term career or value. It might have been lining my pockets, but neither I nor them viewed it as a valid path for a product designer. There existed no Frank Lloyd Wrights in web technologies.

So — as I told many friends at the time — although I was earning money “building websites”, I would only continue as long as it was viable to, but I could see no future in it. I was doing it to bridge the gap until I became a real product designer.

Having asked about our future prospects as newly-minted industrial designers, a lecturer once explained to a group of us that after we graduated, we could expect to spend the first couple of years designing toilet seats. After a few years we could become the senior designer, then maybe when we got to around 30, we might have a shot at managing the studio.

Hearing these words was like having a bucket of cold water thrown over me; this was not what I’d signed up for. I wanted to design exciting things (the next iPod perhaps?), and maybe run my own business. I certainly didn’t want to run someone else’s studio, or spend a decade working creating bathroom fittings in endless shades of apricot and avocado.

I remember the first LCD screen iPods arriving on campus in 2004; so my time studying coincided exactly with the start of that early boom in high-end consumer tech. On reflection, the software experience always felt somewhat prosaic when compared to the incredible sensation of touching the beautifully machined, highly polished hardware - but I don’t think at the time I ever really thought about it like that. The ‘software design’ was just not something we ever talked about in class, but despite this, everyone was very aware about this newly emerging raft of beautiful tech-filled objects.

It only really involved designing objects to exist in the physical world, bar a single optional module where you could learn basic HTML and Flash, but that was only about online portfolio creation, not about the software experience inside the products themselves.

In my second year, I had the opportunity to do some work experience; a placement year. I asked if I could spend it developing my skills running a web studio, but my request was rejected; it was simply was too tangential to Industrial Design. In the end I chose to skip the placement year and finish my degree a year early.

I carried on with my course and eventually completed my studies, but by the end it was apparent my real passion was in the freedom of my freelance web design projects, a great creative outlet which had broken the monotony of the coursework and the skill-sharpening exercises in the prototyping workshops.

It’s been a decade since I graduated, and I now spend every day working with a team of talented designers and engineers at the company I co-founded with some friends (former freelance clients) who I met back at that same university.

I’d estimate that 95% of our work is designing and making things that can only exist in a digital dimension.

Recently I started to reflect on the relationship between my studies and my work, and I’ve been starting to think about it a little differently. I realised that for now over ten years I’ve been saying to those who asked, “I really enjoyed university, but I didn’t really end up using my degree.” I’ve never felt comfortable saying I was a product designer; in fact, it seemed to me quite clear that I never became one.

My university course did ultimately make a positive impact on my thinking and approach to design problems generally. Skills I learned like ergonomics and human factors, the prototyping process, project management, environmental studies, critical design thinking - not to mention the work ethic they required of us - have translated into directly applicable skills in my present work.

However, I also now see I was experiencing my education at the very dawn of rich, embedded software experiences, and where the Industrial Design profession had concentrated on hardware for so long, it suddenly was faced with very new challenges and a change in the paradigms of product. It had no quality experience or advice to offer on the subject of “great software for great hardware”, and it’s now clearer to me that it wasn’t really sure how to respond to it. For context, the App Store didn’t exist until two years after I graduated, so there simply wasn’t much of an open ecosystem to explore the subject. When I wrote my dissertation on the adoption of web accessibility in UK SMEs, it was positively the only piece of academic writing I could find on anything to do with web design, and I felt my tutor was bemused and tolerated the topic rather than really understanding it. It’s to their credit they let me do it at all.

It’s only through the passage of time and the maturing of the digital mediums that means I finally feel confident in acknowledging what I am doing really is product design today, albeit using a modern toolset. And finally it’s only now, sixteen years on, that I am able to reflect that the dream I had as a enthusiastic school kid really did become my reality.