Journey into Africa: The Second Leg 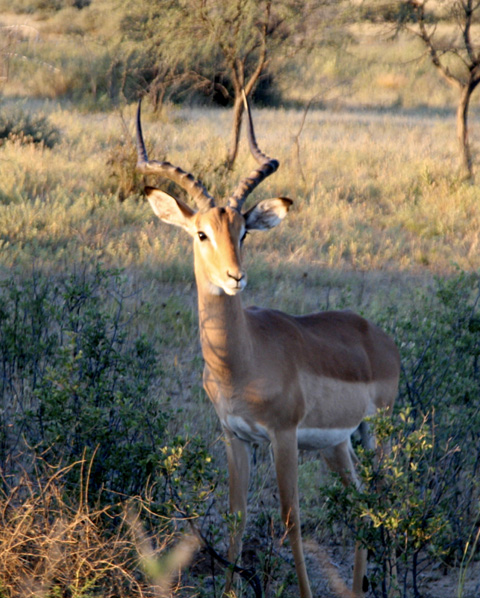 I arrived at the Airport Game Lodge as it was getting dark, and was quickly spun into a group meeting. There were twenty or so of us, and I was quite surprised to be the only Brit. There were an Irish couple, a handful of Russians, a few Canadians, a Canadian resident American, two Danish, two Norwegians, a Belgian, two Germans, two Brazilians and a Swiss. And then the South African tour leaders, Bongi and Marc.

The age of the group was a little older than I’d expected - not that that was a bad thing - but my experience on a similar trip in South America in 2011 had been a group mostly younger than me.

We spent a short exchanging introductions over billtong and red wine (courtesy of Brendan and Graceanne) but otherwise it was a relatively short evening before bed.

It turned out there were some good characters on the trip, and over the next ten days or so, I was to make some good friends.

We woke early the next morning (it seemed to be a theme in Africa) and we started our travels north, through Limpopo and over the border into neighbouring Botswana. That evening we camped in Serowe, pitching our tents within the bounds of the wild game reserve and under an absolutely incredible blanket of stars offered up by the southern hemisphere. Before sunset we took a jeep safari into the park which was my first encounter with wild African rhinos; vast white-grey concrete slabs of creatures that appear much larger than I can remember of their single-horned Indian cousins.

Travelling overland in Africa is quite understandably a challenge. My transport proved to be relatively reliable for the duration, so it’s not that that’s the main concern these days, it’s mainly that you are seated for long periods of time travelling the vast distances between places. I have experienced sustained long distance road travel before on my Canadian road trip ten years ago, and had come prepared for the slog. There is much time confined to your seat (whether on the road or in a Mokoro canoe), so it’s good to be able to indulge in some interesting conversation, which didn’t seem to be problem here.

Our vehicle was a custom built box of a truck with comfortable seats, and the cabin was raised high above the normal height of a normal coach so as to ensure good clear views out of the windows. It also carried wholesale enough camping kit, personal equipment, food and water to sustain the whole group for the duration, so you can imagine that it isn’t the most dainty of creatures. The absolute highlight of it though were the power inverters and refrigerated boxes built in. A complete luxury, but being able to guarantee a charged camera battery at the right time is a real bonus.

Unfortunately one of the plights of travel is the gamble of which travel adapter you need in any particular country. I have one that until this year had done every single socket type I’ve ever encountered, but was absolutely scuppered to discover the South Africans (and so our truck) still use a very old British standard plug which is completely alien to my adapter, and so began the ritual of ‘stacking’ through a variety of convertors until finally the result looked like a Lego construction by satan himself.

This post was first published on Wed Jun 12 2013 originally on justbeyondthebridge.co.uk, my former personal blog